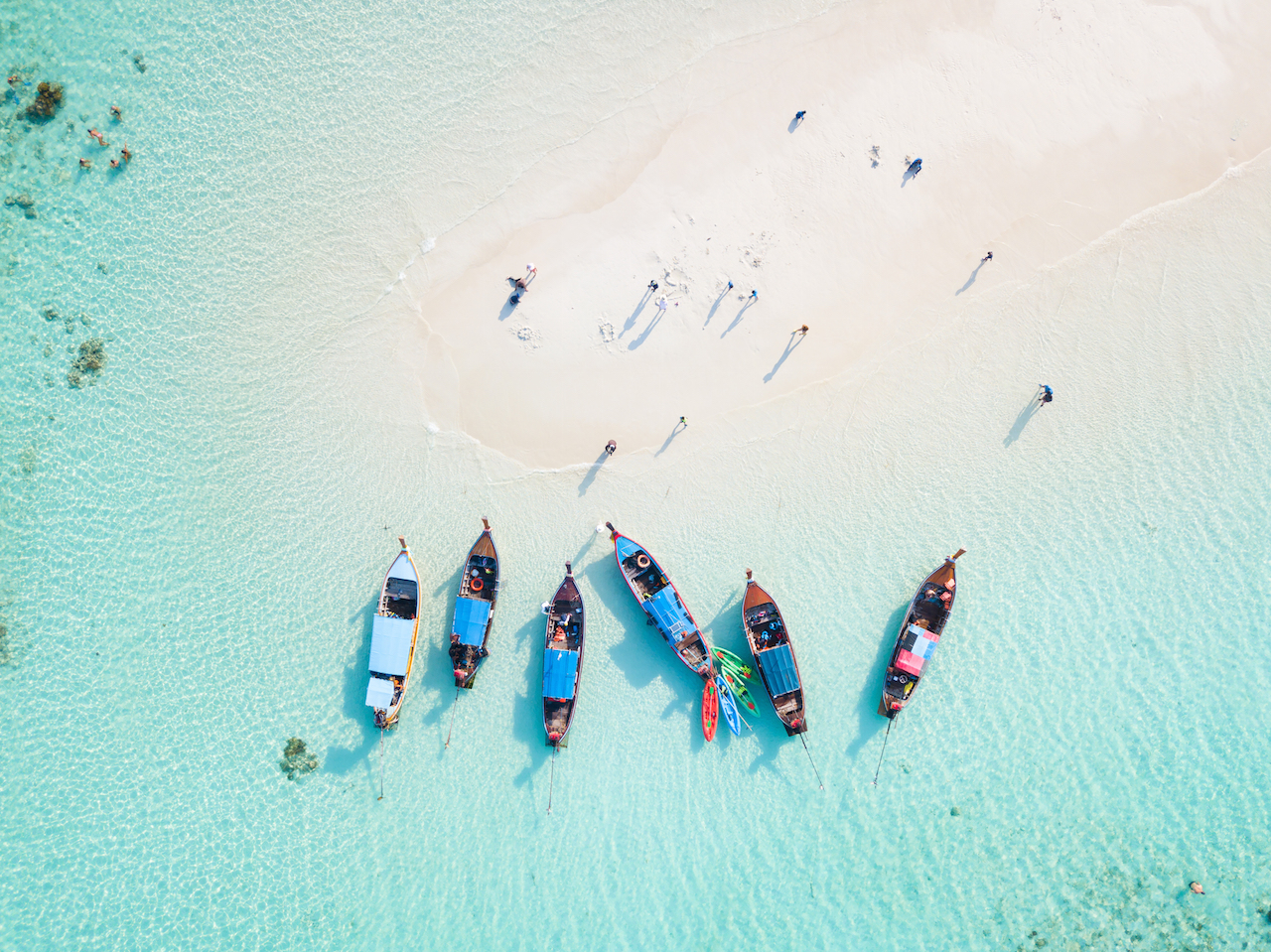 While we’ve all stayed at home for 20+ months, overseas travel may be on the “can do” list again soon. Thailand is advancing its “opening up” plans and whether you’re planning a visit to the “Land of Smiles” – this year or later – here are six, less-known scenic locations that will make your holiday pics pop.

Epic 360-degree views of the Andaman Sea and its surrounding islands, make the 25 to 30-minute trek to the Hong Island View Point well worth your time and sweat. The new, solidly constructed metal staircase – winding up 109-metres through a rain forest – makes the hike accessible to many. It also includes several rest and lookout points. But, bring water and a hat – it’s hot at the top!

The Phasan Commercial Building – an ultra-futuristic architectural wonder – will blow your mind. Built to mark the start of the Chao Phraya River, the building resembles a sci-fi spacecraft from a distance. Get closer, and it looks even better in its river and park setting. A walk up to the building’s viewing area – to enjoy its sleek wood panel and glass cathedral like-vibe – is also recommended for more amazing, atmospheric snaps.

Sunset at the top of the Golden Mount (Wat Saket) is stunning – the light is extraordinary. It’s also spiritual as people offer prayers at the top of the temple. The peak is reached after walking up 344 steps around the temple – from the top, 360-degree views of the city showcase the Grand Palace, Wat Phra Keao, Wat Arun, the Giant Swing, and sprawling Bangkok’s bridges, waterways, and skyscrapers.

Yes, there is a cool season in Thailand and it’s best enjoyed in the hilly areas of northern Thailand such as Doi Inthanon (the country’s highest peak at 2,565 meters). From December to January, Thailand also has its own version of Japan’s Sakura season, and the Khun Wang Royal Agricultural Research Centre on Doi Inthanon is a super place to enjoy – and snap – ever popular cherry blossom shots with friends and loved ones.

Consider Elder Home Care Services for Your Loved One

A small-scale Angkor Watt that really moves the heart, mind, spirit, and soul. Renowned as one of the largest, most impressive Hindu Khmer temples in Thailand, its scale, intricacy, and atmosphere makes it unforgettable. It also offers many photo opportunities and settings. Pro-tip, it’s good to visit early, and if you’re lucky, you may have the temple to yourself for a while.

While it doesn’t have white sand beaches and swaying coconut trees, this beautiful – sometimes rugged coast – is a scenic, atmospheric stunner in its own right. And thanks to a new wooden boardwalk, running from the coast to the headland, it’s accessible offering great pics and settings along the coast and at the top of the hill. Sunsets over the Gulf of Thailand are magical, so allow yourself time to get to the best spots at the headland, and up the hill.