Italy is one of the world’s largest wine-producing countries, with vineyards located in almost every part of the country. This gives it a wonderfully diverse selection of wines. Asti is a city located in the Piedmont region of northwestern Italy. Asti has a continental climate which is moderated by the proximity of the Mediterranean sea. ASTI, in particular, is undoubtedly best-known for its sweet sparkling wine. 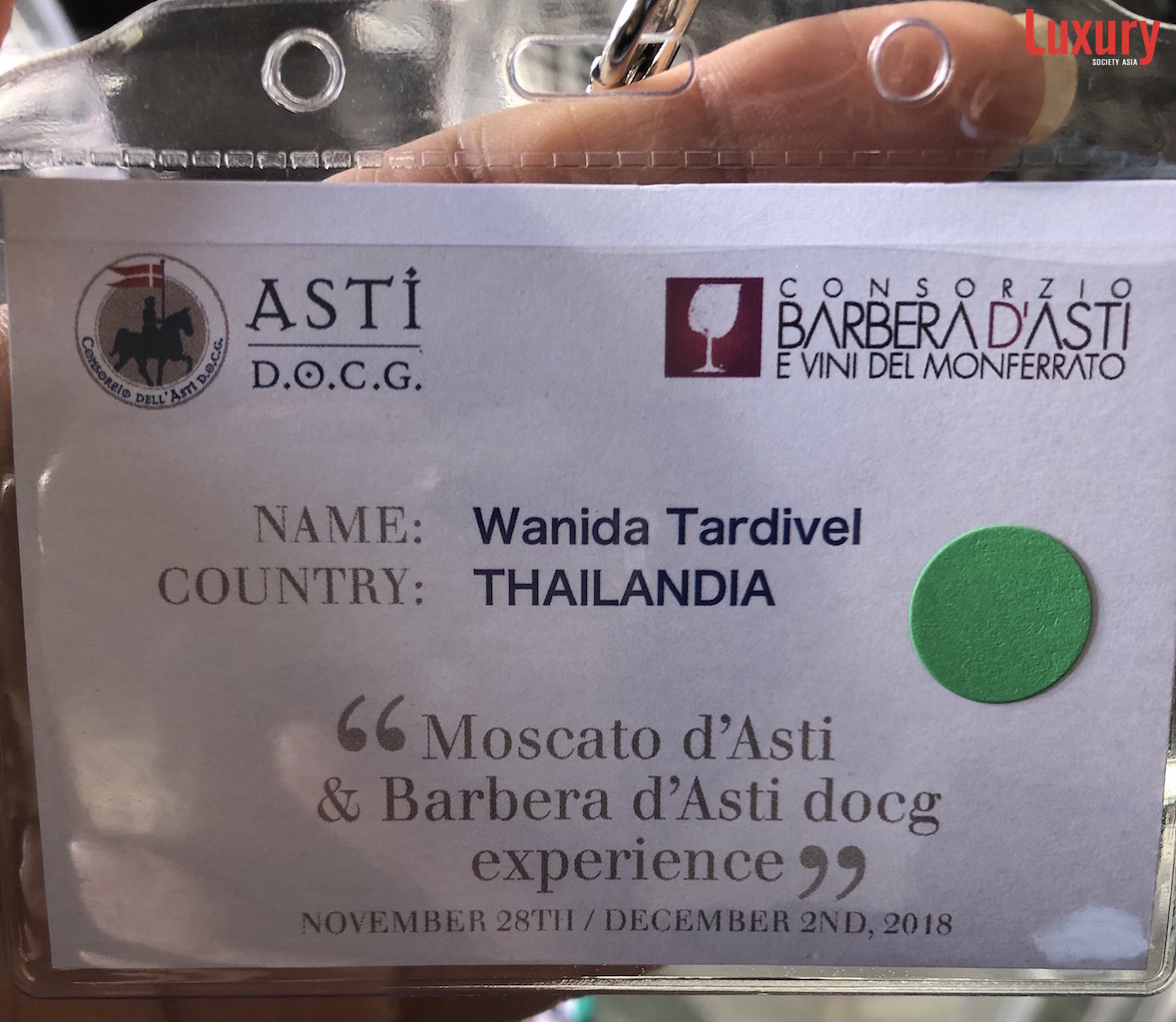 I recently had a chance to join a very exclusive series of events in ASTI and meet with wine lovers and writers from all around the globe. We’ll share with you in different stories all the fantastic culinary experiences, hisorical visits, splendid wines and great people we met in ASTI and its region. 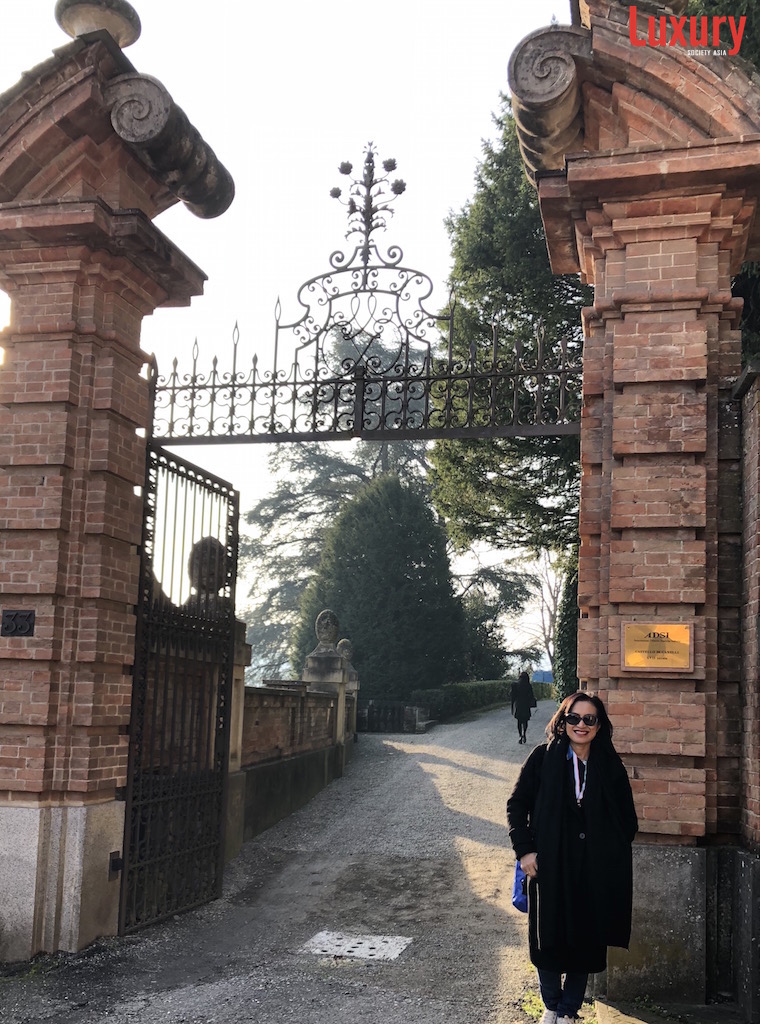 Infront of CASTELLO GANCIA CANELLI Via Castello, 33, 14053 Canelli- AT

The event was organised by The “Consorzio per la Tutela dell’Asti” (Consortium for the Protection of Asti wines). 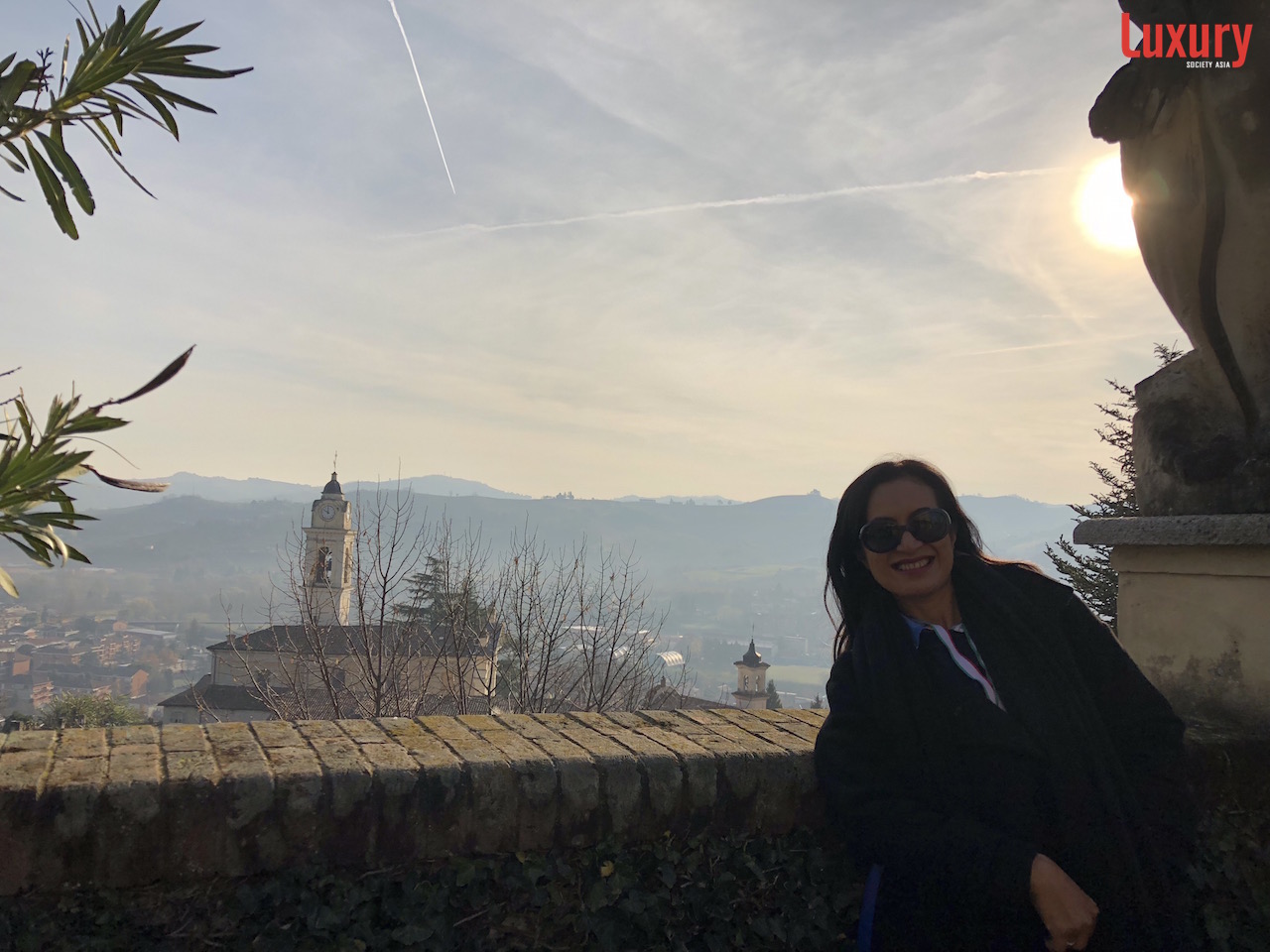 “Consorzio per la Tutela dell’Asti” was officially founded on 17th December 1932 and recognized in 1934. It was originally called “Consorzio per la Difesa dei Vini Tipici MOSCATO d’ASTI Spumante e ASTI Spumante” (Consortium for the Protection of Typical Moscato d’Asti Spumante and Asti Spumante wines). Its trademark has always been the patron saint of Asti, Saint Secundus, on horseback. The Consorzio works to protect, develop and promote ASTI DOCG and MOSCATO d’ASTI DOCG in Italy and worldwide. The Consorzio’s role also includes quality control along the entire production chain and monitoring the use of the designation name to prevent counterfeiting. Its Research Laboratory promotes and coordinates specific scientific studies and innovative technologies to continuously improve the production process as a whole. 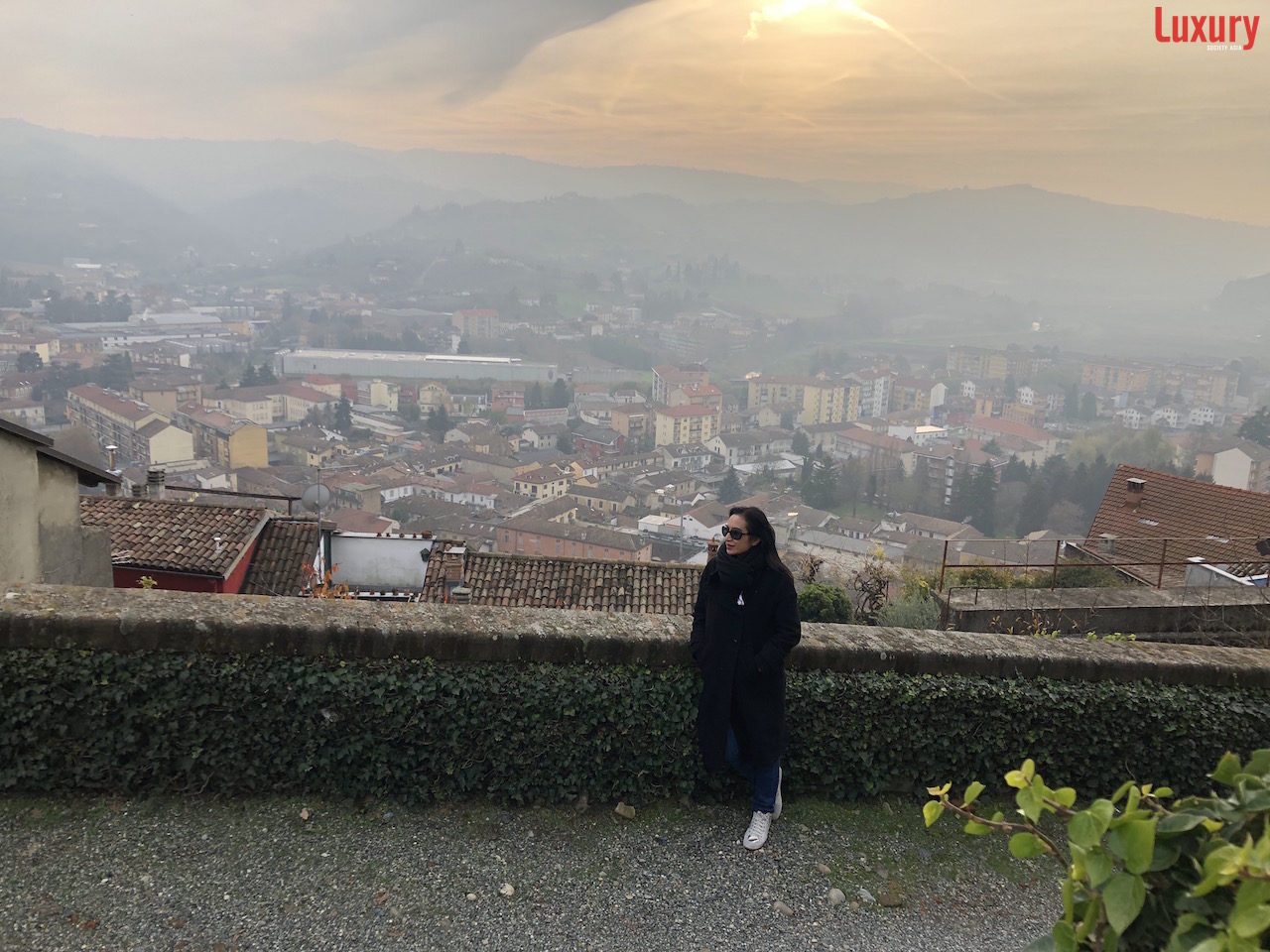 In front of the Castle overlooking the town of Canelli 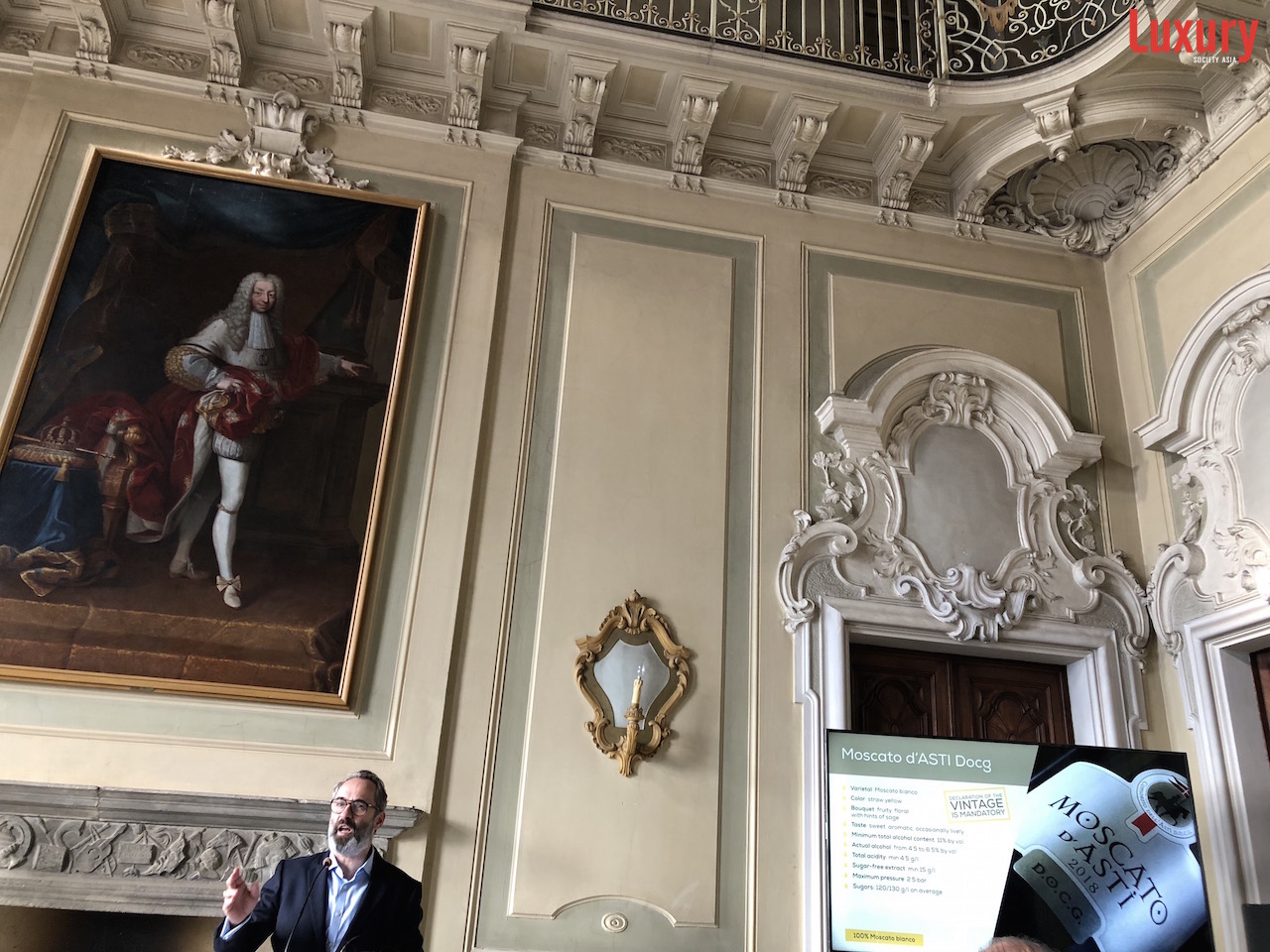 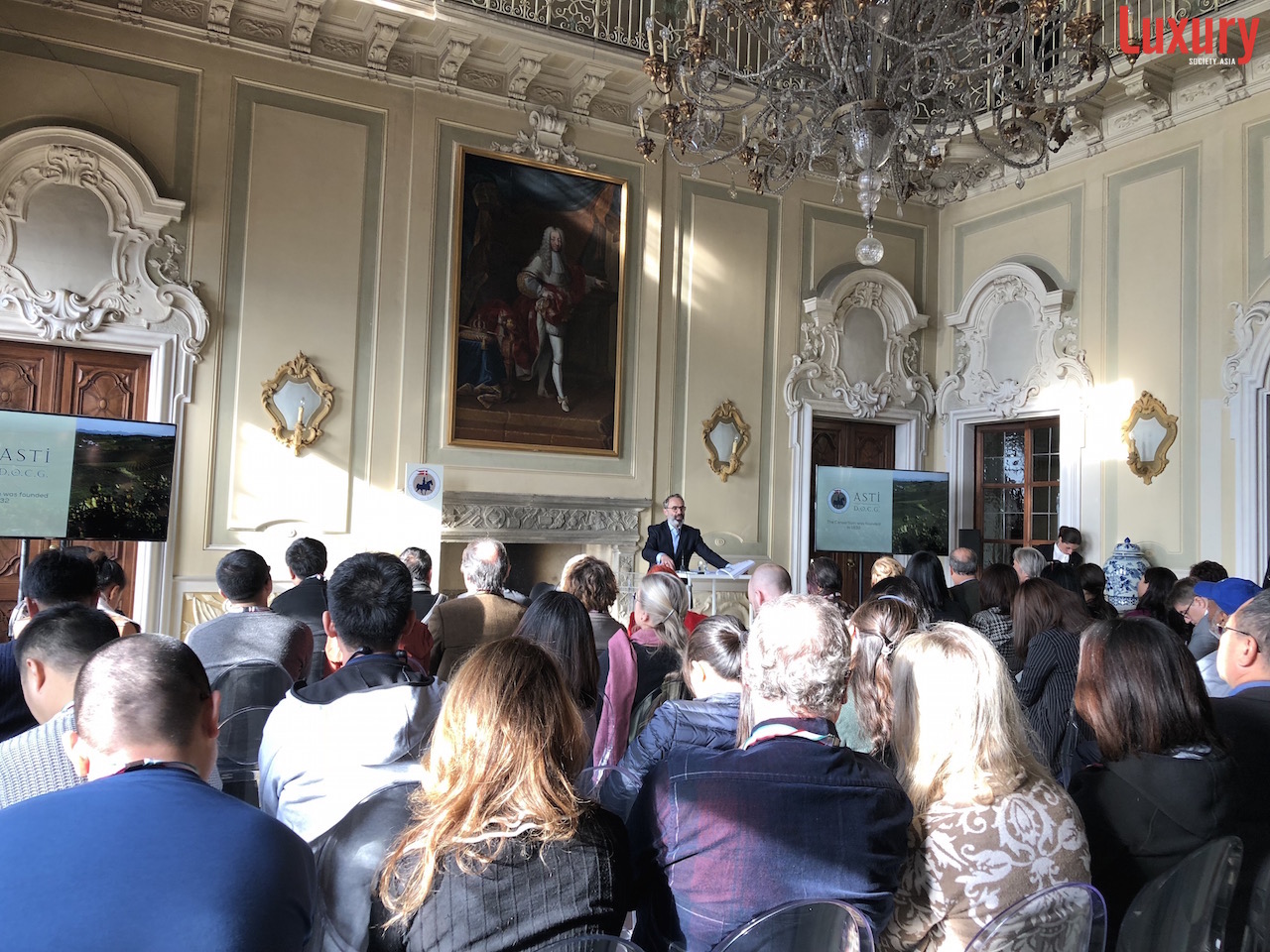 The Consorzio coordinates and promotes activities valorizing the area of origin of Moscato Bianco grapes, whose cultivation covers 10,000 hectares across 52 municipalities of the provinces of Alessandria, Asti and Cuneo. More than 1,400 hectares have a gradient over 40%, with 330 ha of this area over 50% – these are vineyards historically named “sorì“, where no mechanical equipment can be used and vines are tended exclusively by hand. 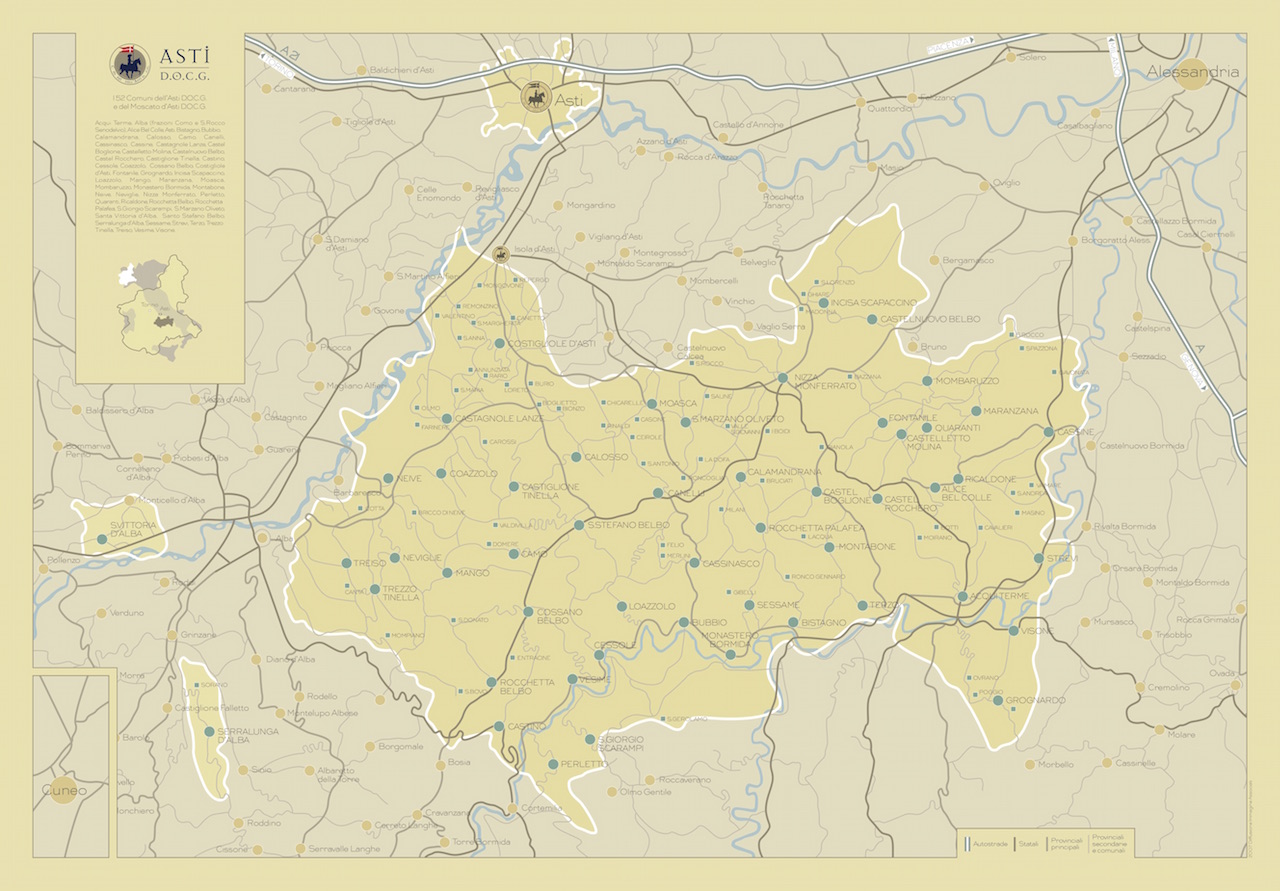 Asti Spumante is also the name of one of the five Core Zones of the vineyard landscapes of Langhe-Roero Monferrato, a UNESCO World Heritage site.

The Consorzio brings together 1,109 members, subdivided as follows: 53 spumante producers, 1,023 vinicultural estates (including 116 estate wineries), 17 must producers and 16 cooperative wineries. In total, they produce in excess of 88 million bottles yearly, of which 55 million are Asti Spumante and 33 million Moscato d’Asti. 85% of the wine covered by the Consorzio is exported. 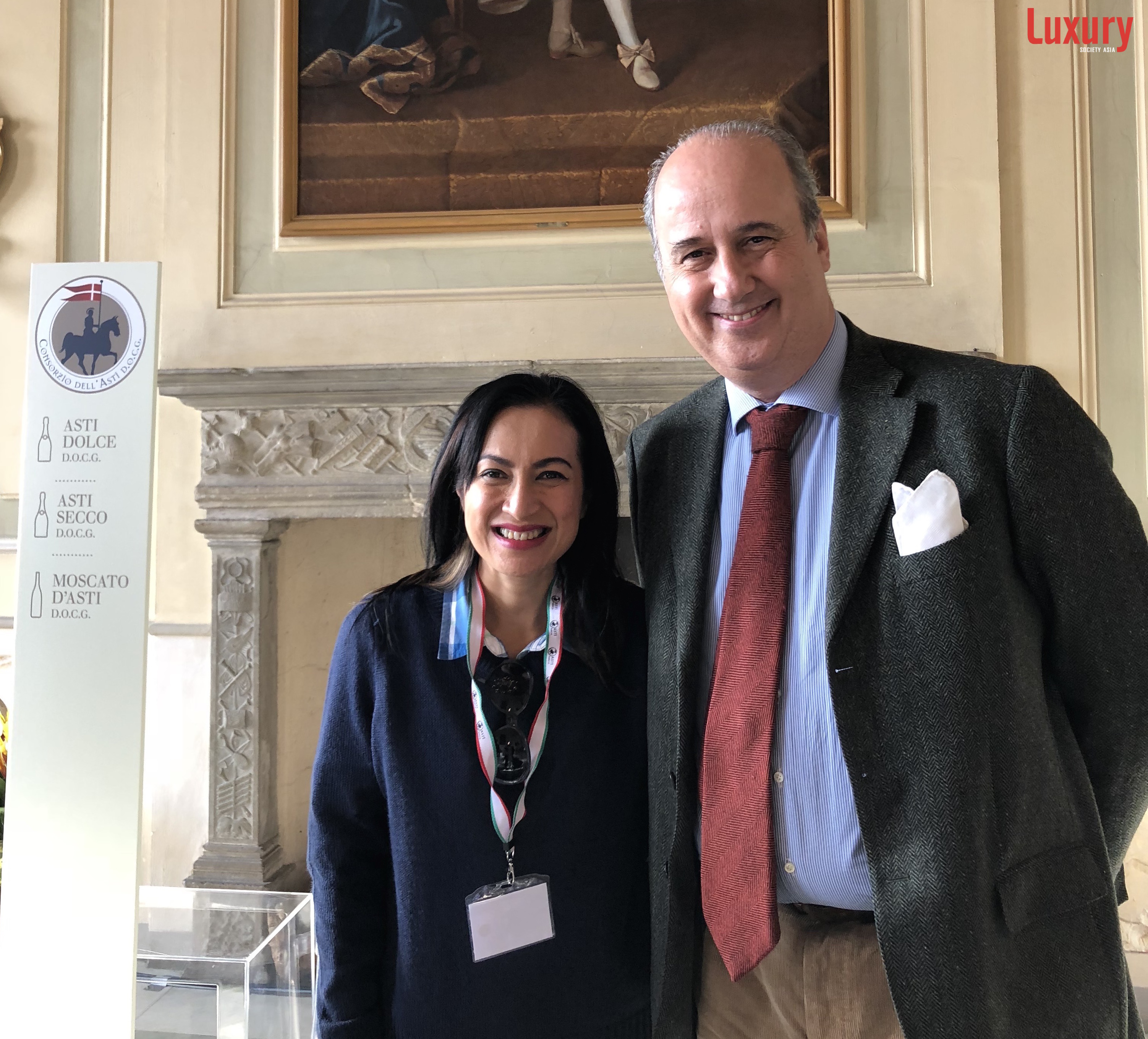 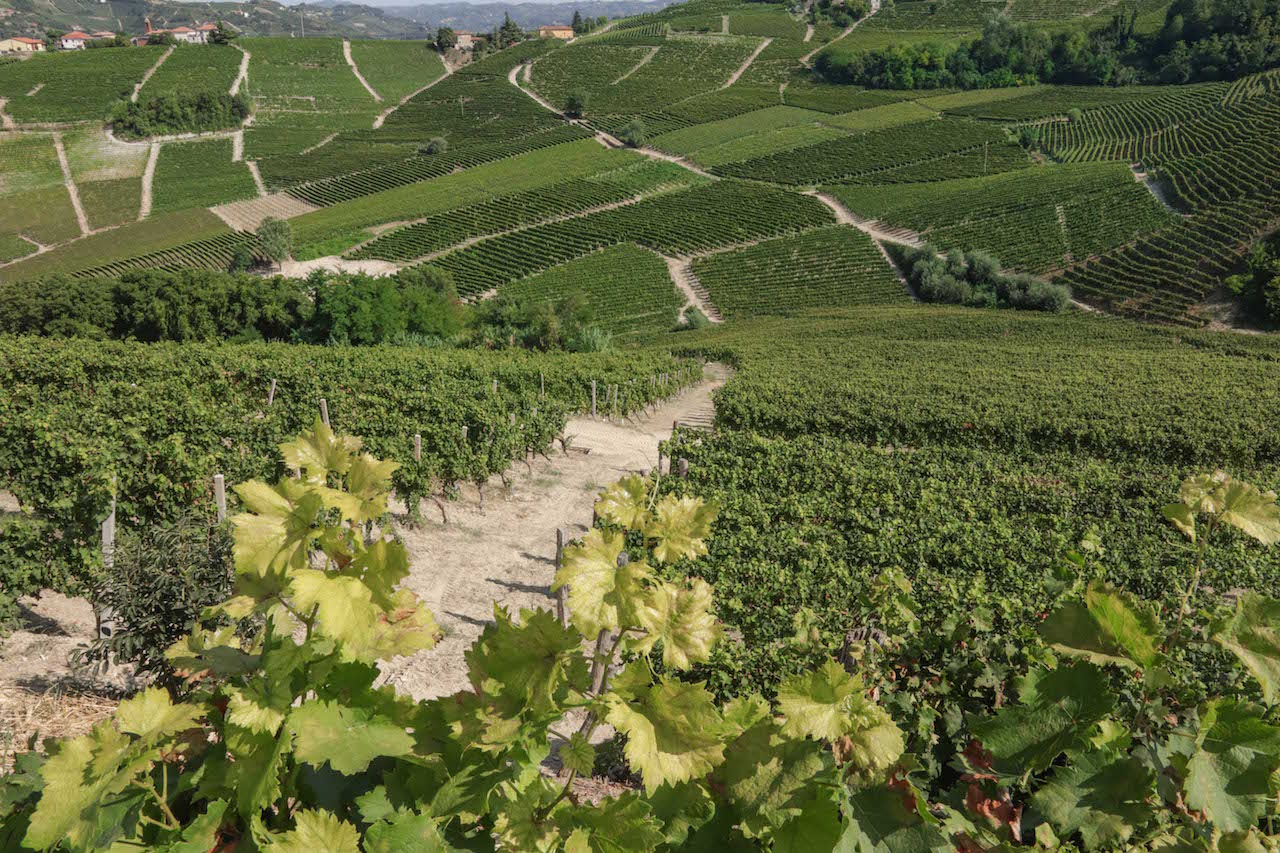 Known as the “Home of Asti”, Palazzo Gastaldi has housed the Consorzio‘s operational headquarters ever since 1965. A place which has come to stand for a land, a wine and a designation that are unique. 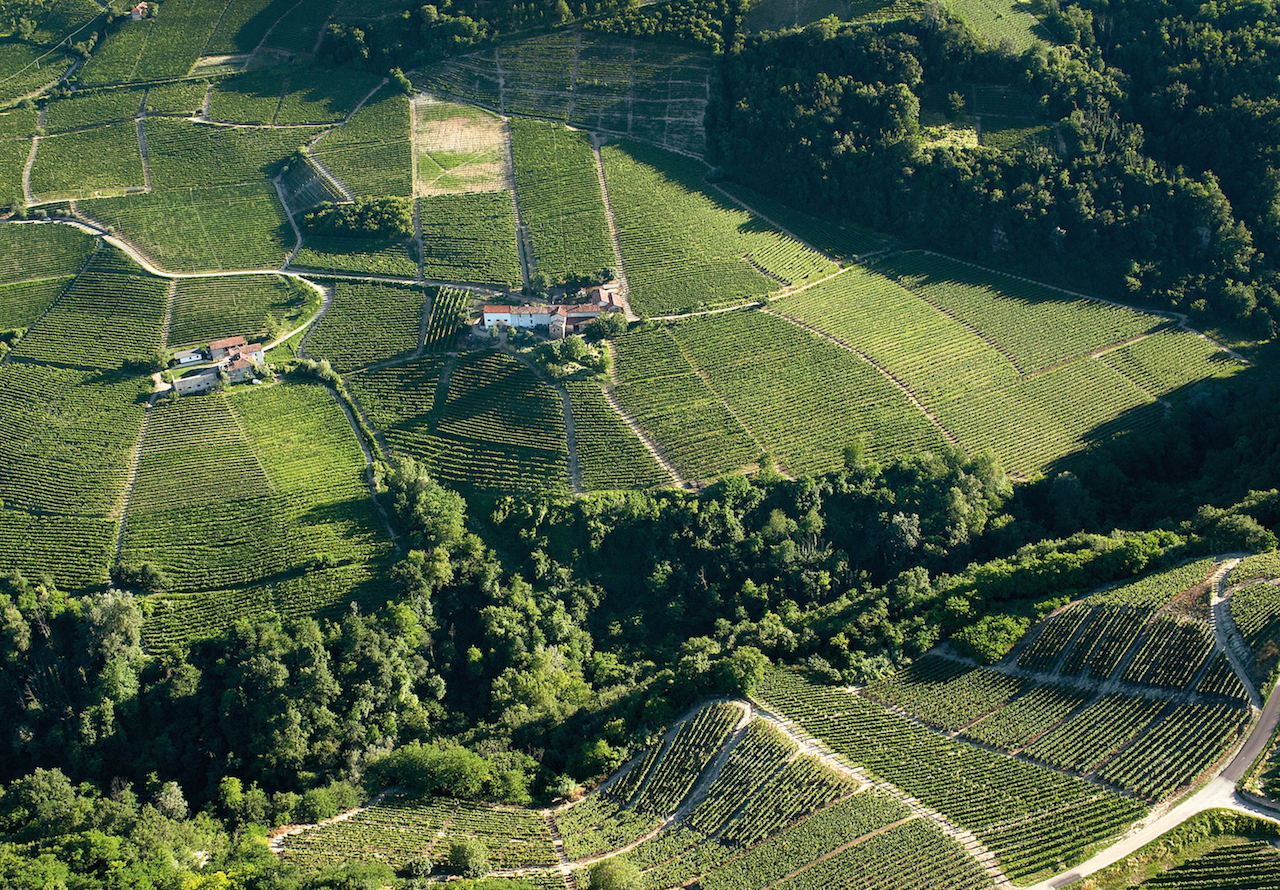 Designed in late-19th-century Art Nouveau style, the building retains a lingering atmosphere of bygone days, with the old ads and billboards of time-honored ASTI DOCG wineries, a corner showcasing hard-to-come-by bottles of MOSCATO d’ASTI DOCG, a statue of the god Bacchus made of fine stained glass and the beautiful wrought iron handrail reproducing vines and grapes. 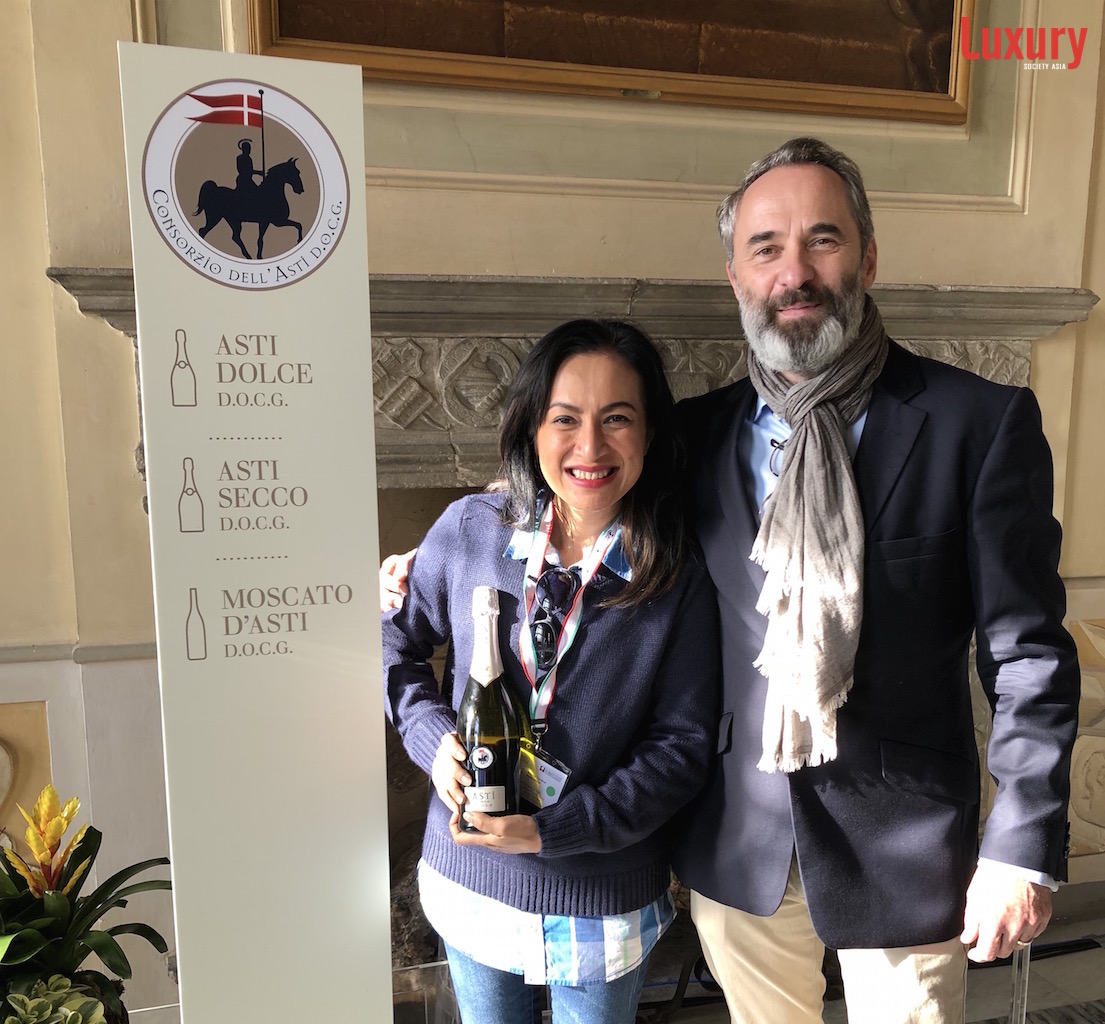 With Walter Speller after the masterclass – ASTI and MOSCATO d’ASTI are among the few wines in which the sensory qualities of the grapes remain unaltered, as a result of soft pressing and incomplete alcoholic fermentation. All of this transfers the aromas and flavors of the freshly-picked bunch to the goblet. 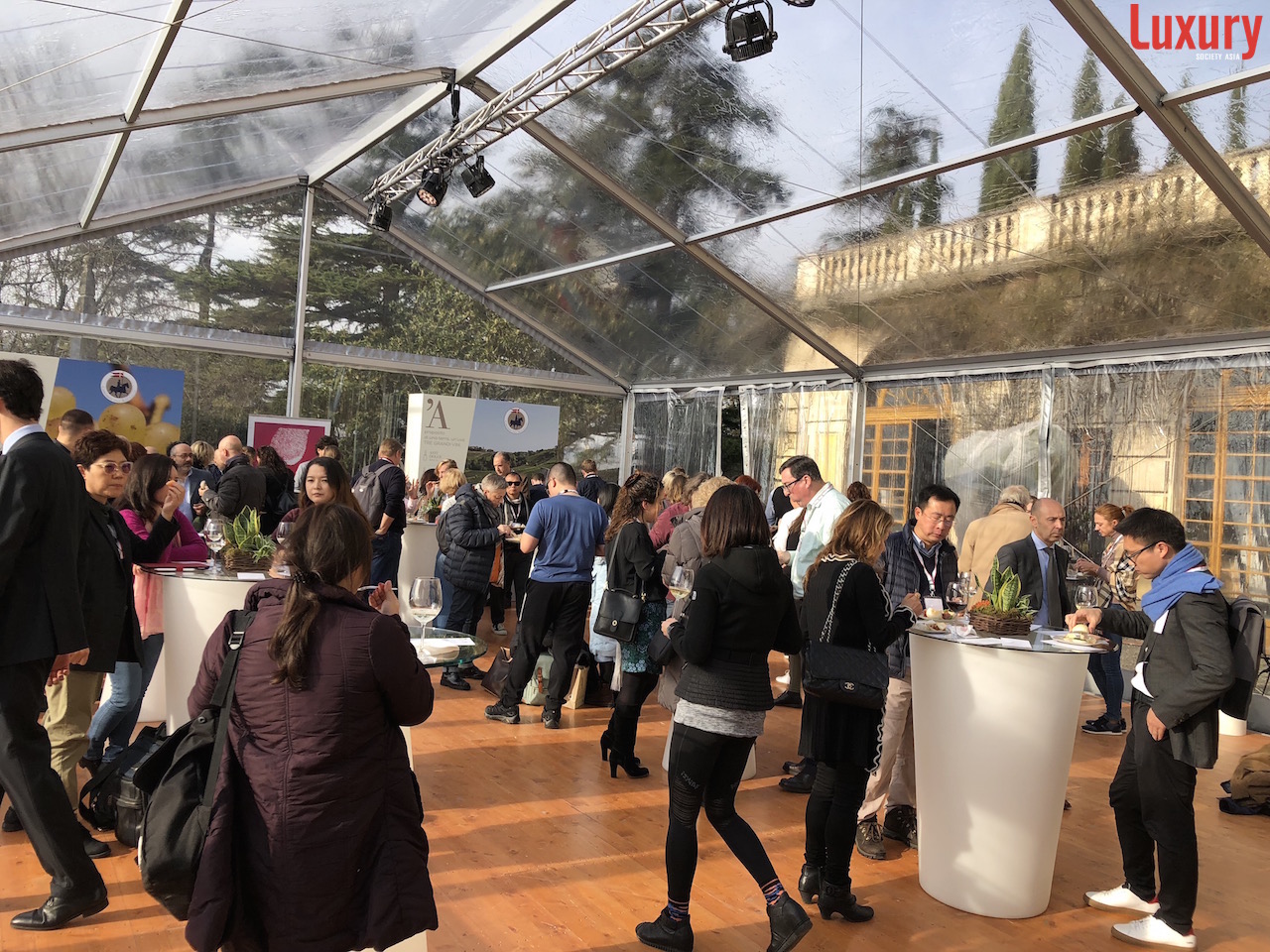 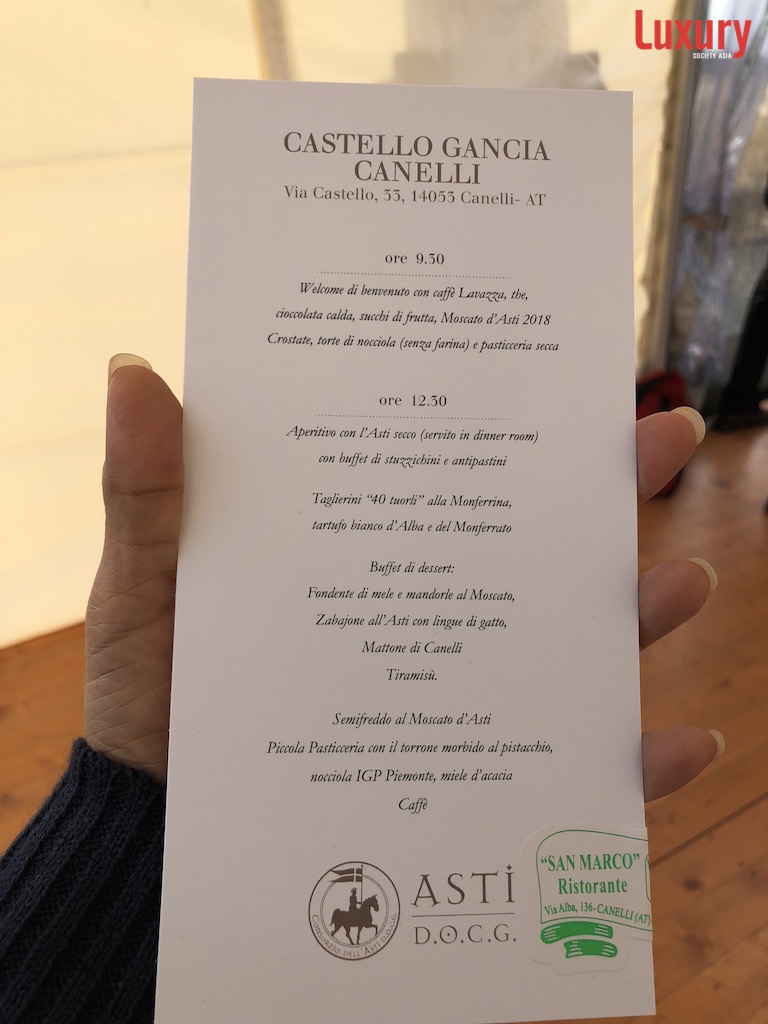 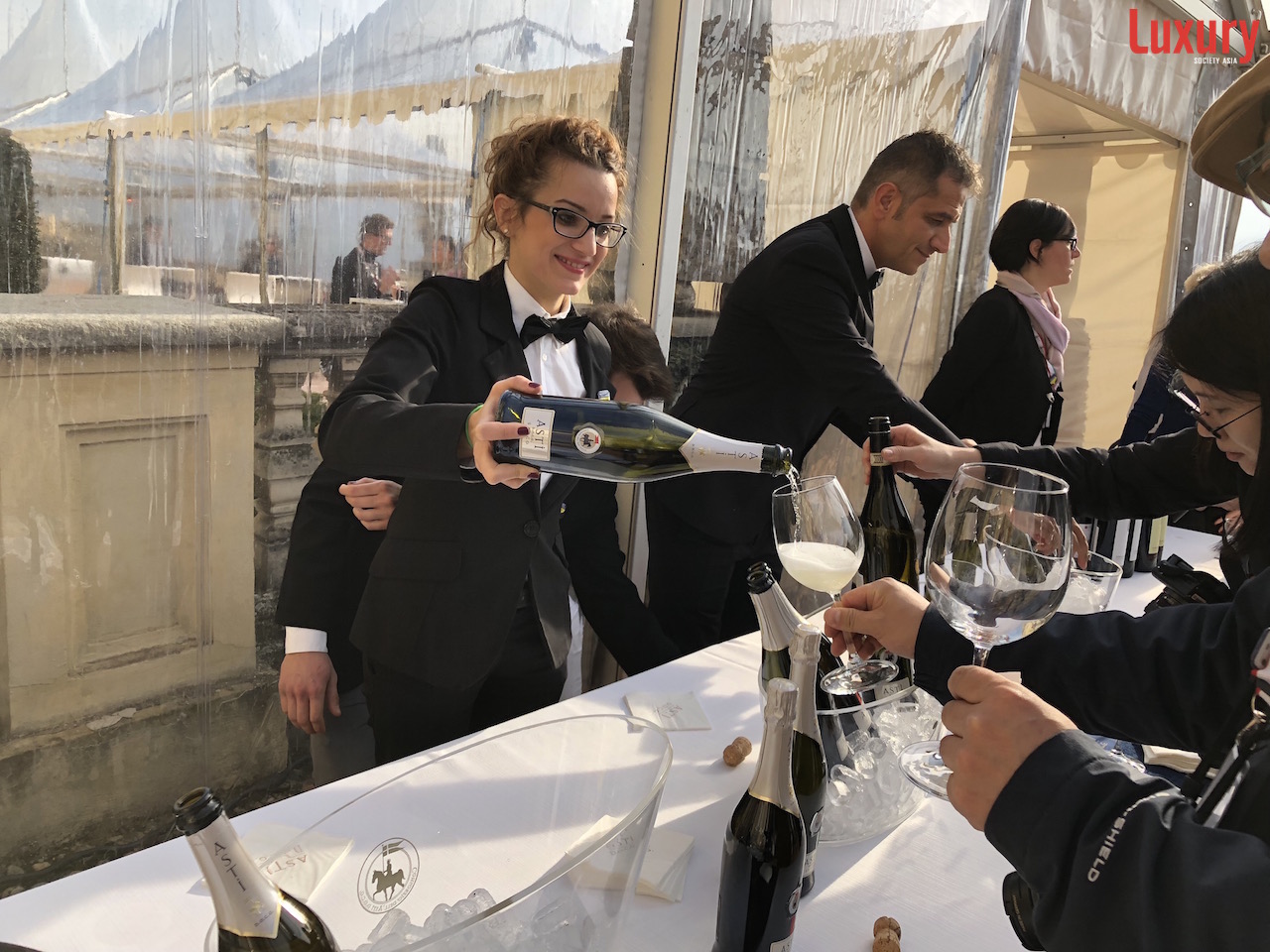 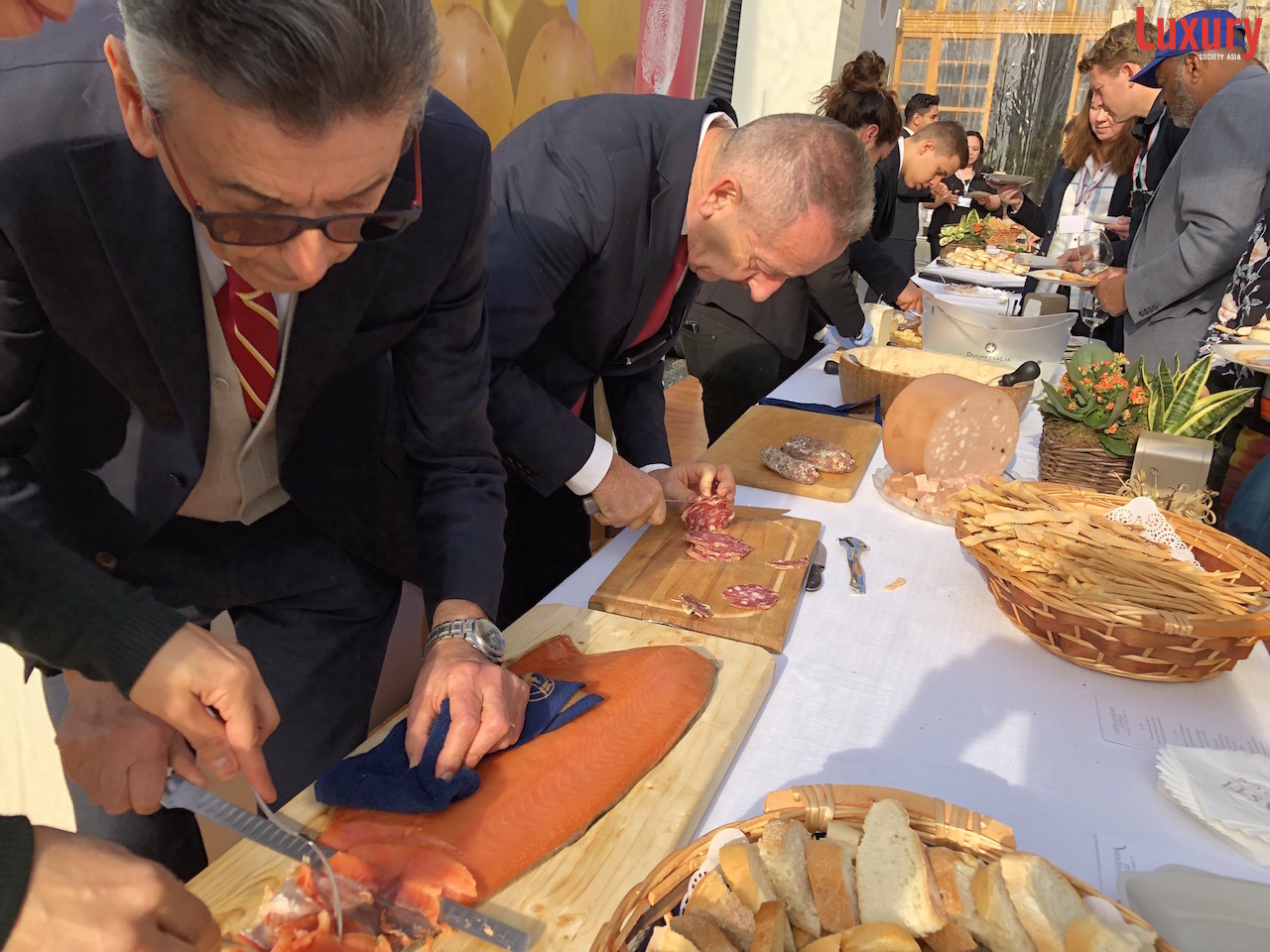 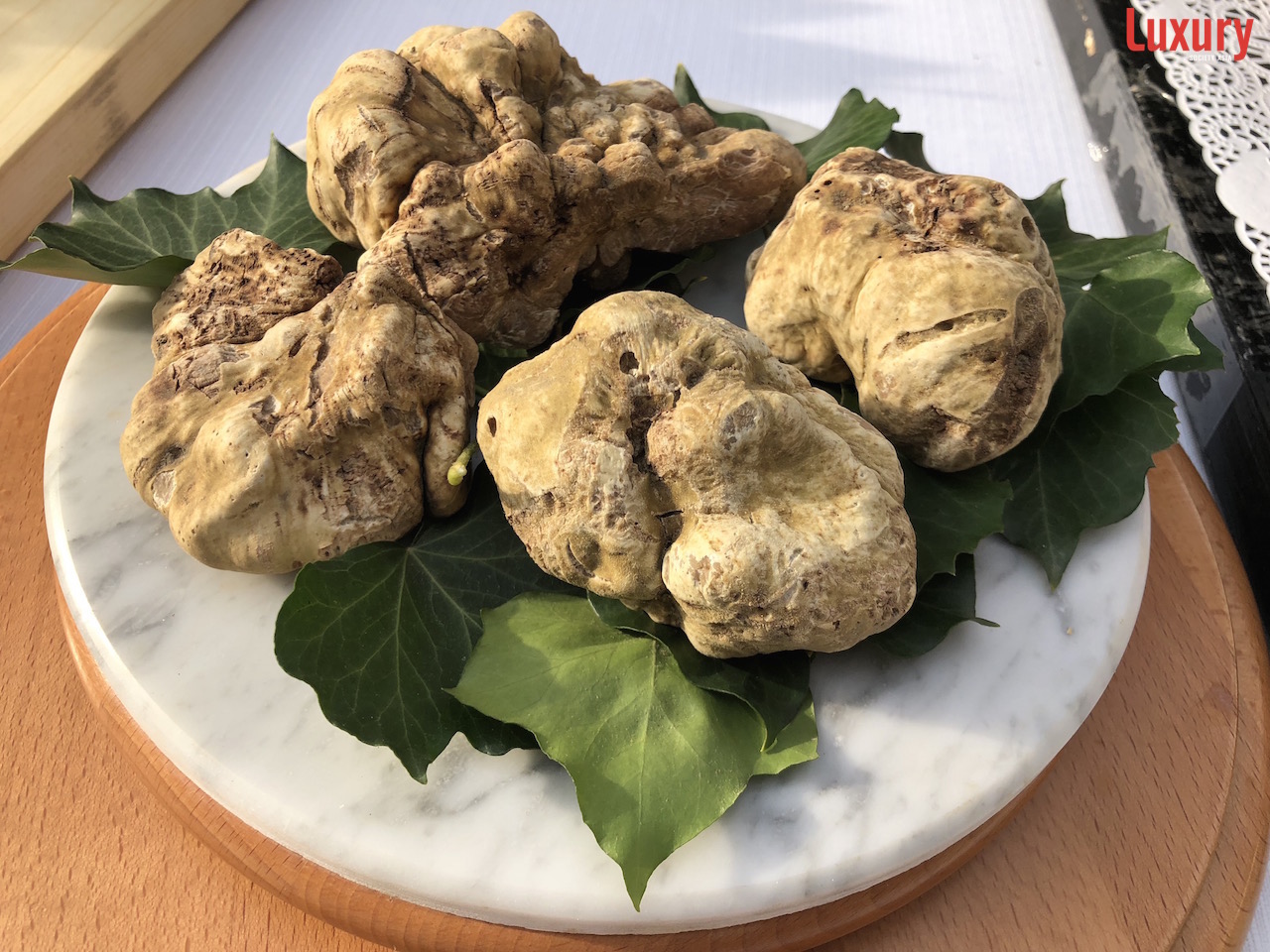 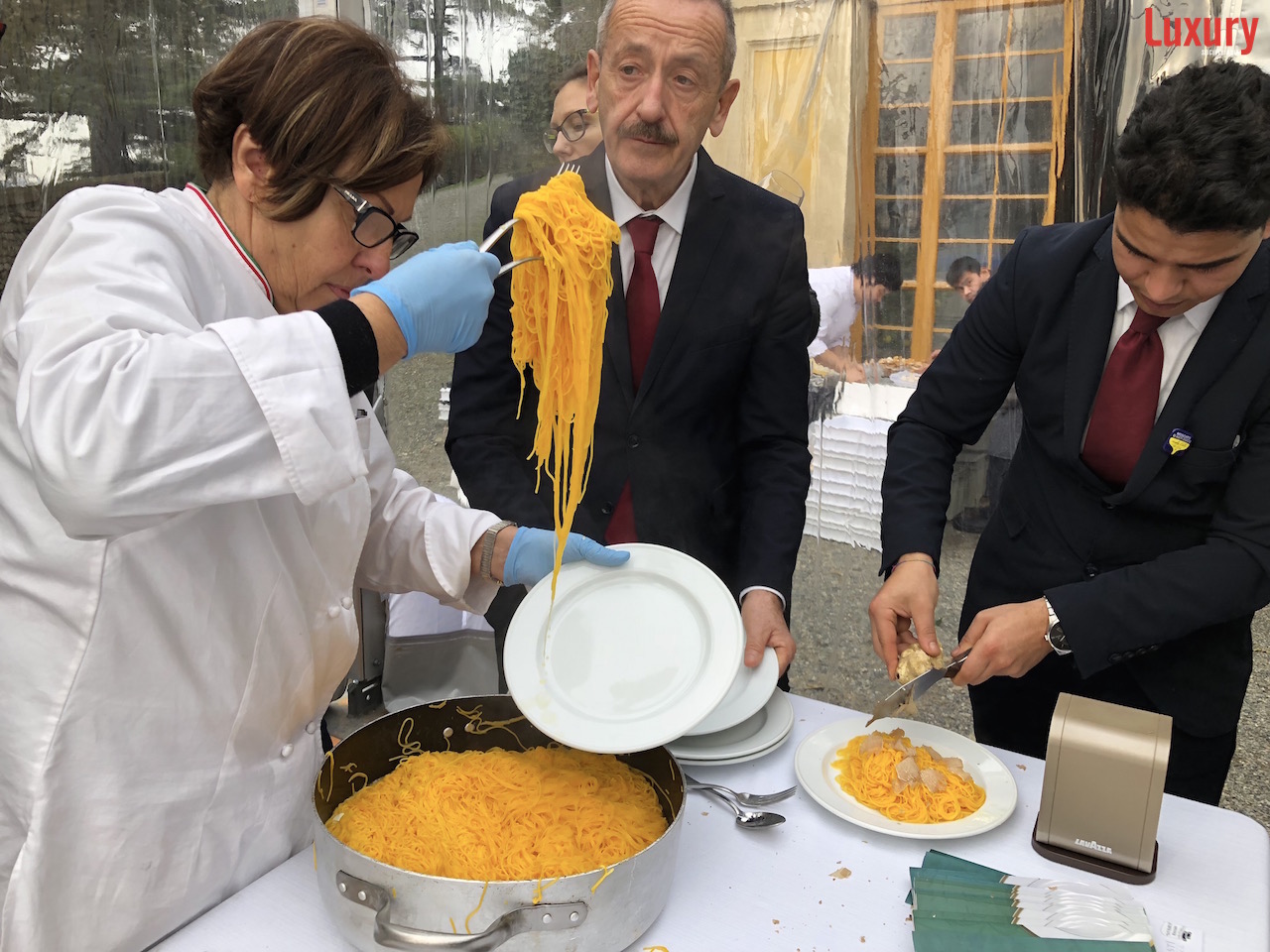 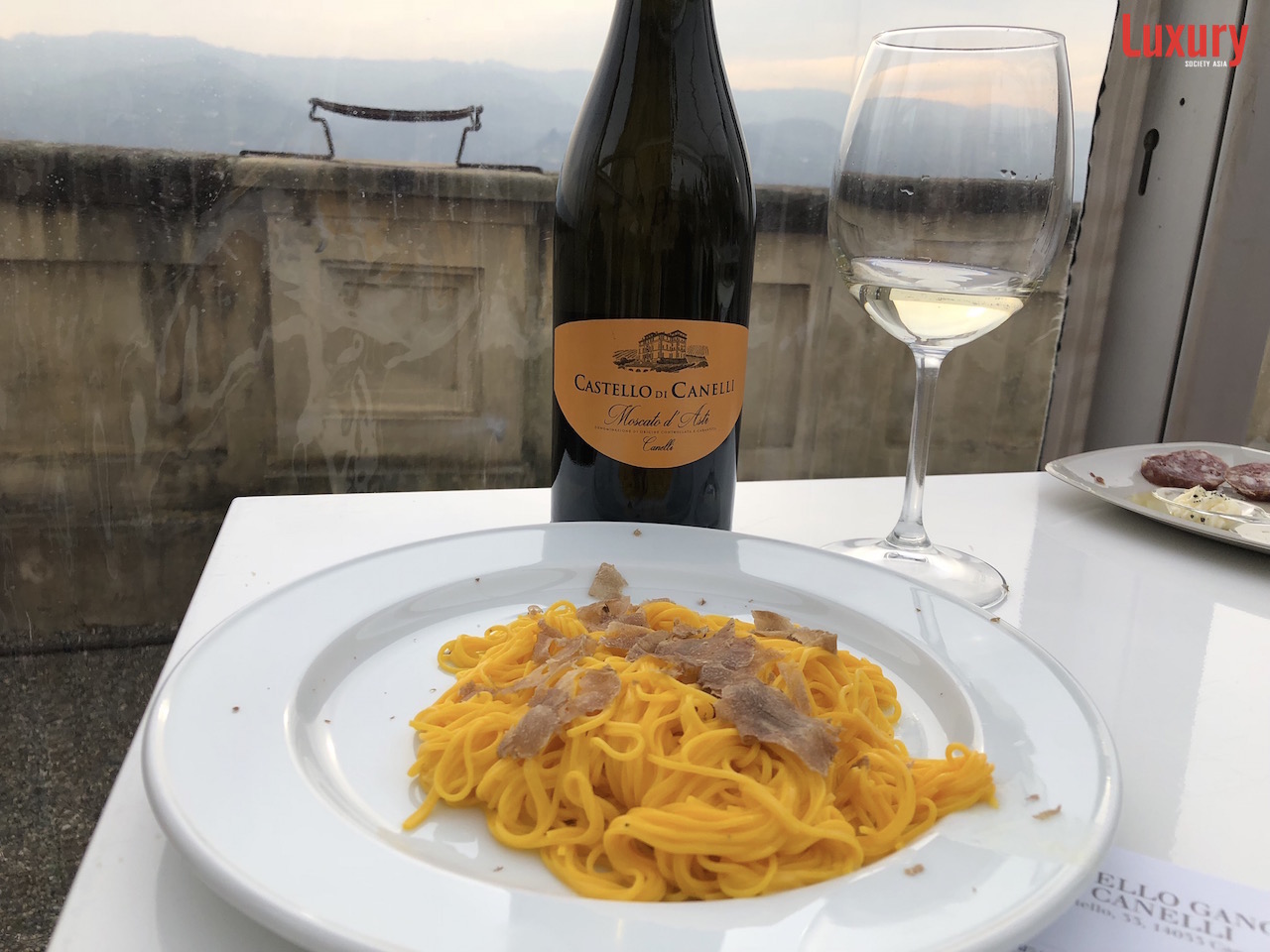 One of the most liked dishes – Pasta with fresh Truffles 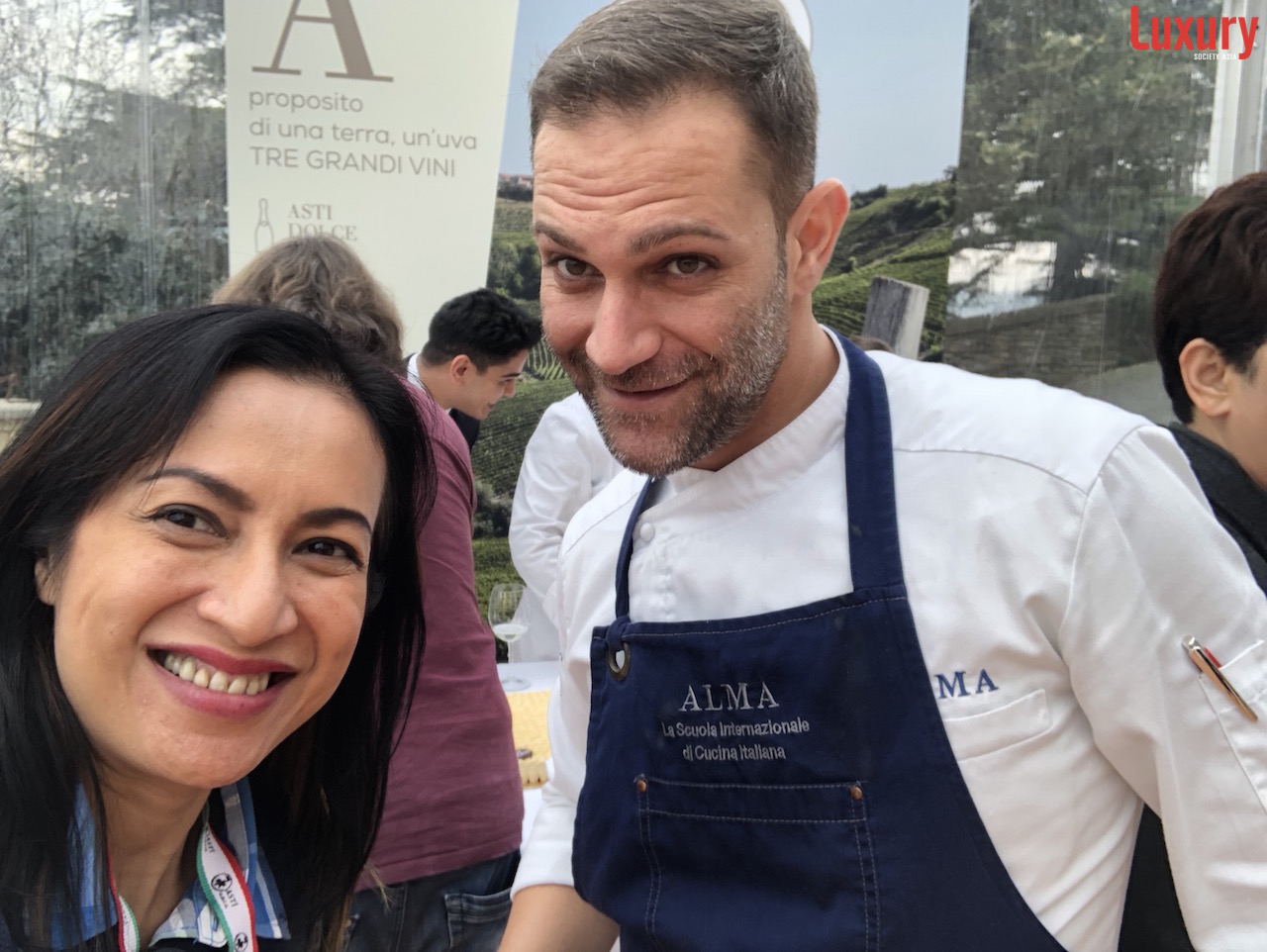 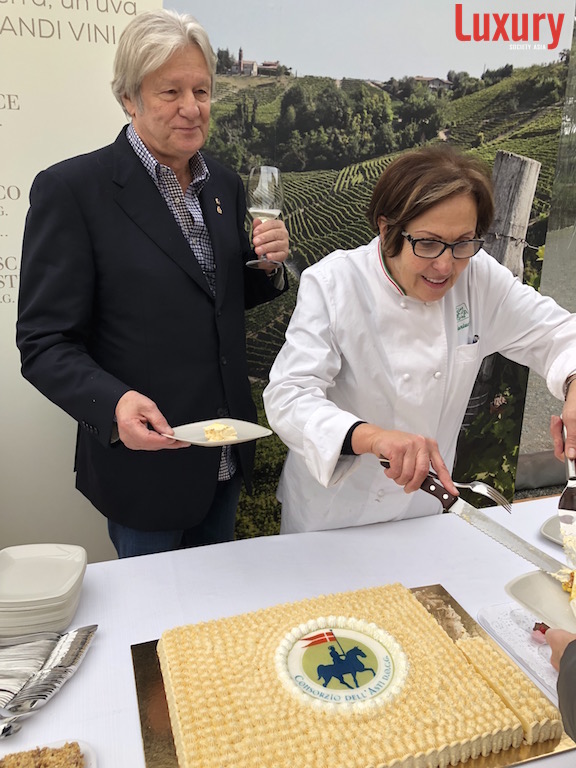 Wines with times of joy: ASTI especially is the sparkling wine of choice for parties during the holiday season and for celebrations to mark a host of other festive occasions. To be continued …we have a lot of amazing stories to share…stay tuned!